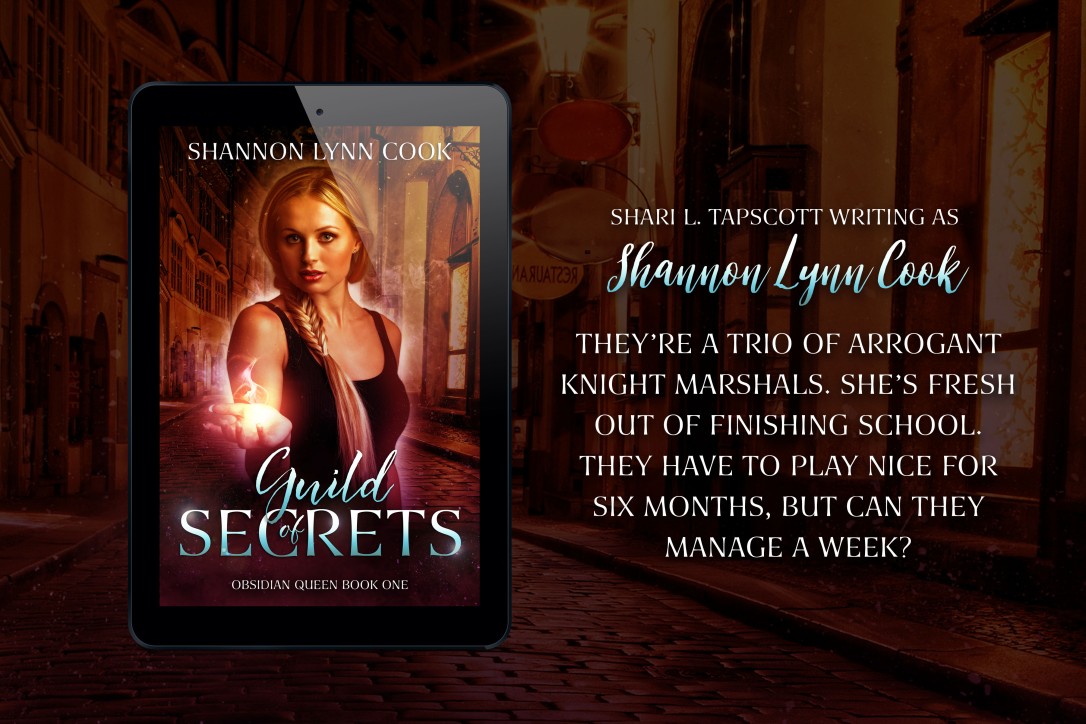 I have been bursting to make this announcement for a while, but I had to wait until the time was right. Today is the day.

So here we go! I am writing an urban fantasy series.

You might be thinking, “What’s the big deal? You’ve been talking about doing UF for a while.” Well, the big deal is this:

I’ve already published the first two books. But wait! Before you scurry off to read them, we need to talk about WHY they’re different than my other books. Stick with me here.

Last summer, I desperately needed a break. I needed to write something new, something frivolous, something fun. And thus, the Obsidian Queen series was born. Under the name Shannon Lynn Cook, I published Guild of Secrets in July and then Princess of Shadows in September.

Why did I wait this long to tell you? Mostly, it was a marketing thing. Amazon collects info on also-boughts for their book recommendations. I needed to get their algorithms moving so they would recommend my books with other urban fantasy books.

A lot of you probably have questions, and I’m going to try to answer most of those right now.

This is a tricky question because clean means different things to different people. So I’m going to break it down for you. If these books were movies, I’d rate them at PG-13.

Swearing: Minimal to none, depending on what your definition of a swear word is.

Sex: The subject is discussed. No on-page sex ever. Some innuendo. There are kissing scenes that are more heated than Silver & Orchids. I will only do a fade-to-black scene if the couple is married.

Magic: Yep. But no voodoo or pagan stuff.

Violence & Blood: Yes, though I would say it’s pretty mild for the genre. I don’t like gore, and I won’t be terribly descriptive in my books. But there’s definitely more of this than in my Tapscott books. If Seirsha of Errinton bothered you, you won’t like my Shannon Lynn Cook books.

Why publish under a pen name?

Because it’s a nice and tidy way to separate genres, styles, and content.

Are you still going to publish books as Shari L. Tapscott?

Absolutely. I have several planned for this year, including the Greybrow Brothers series (a Silver & Orchids spinoff!), The Sorceress in Training: A Retelling of The Sorcerer’s Apprentice, and at least one contemporary.

What about the Tapscott urban fantasies you were talking about a while ago?

Originally, I was planning an urban fantasy that was more of a contemporary fantasy. That’s not the direction this series went, and that’s why I started the new name. Down the road, I might publish a young adult urban fantasy under Tapscott, but I have no current plans at this time.

In a word, how would you sum up this new series?

It’s fun. Guys, the books are fast-paced, with ridiculous humor and a main character who wears high heels, reluctantly wields a Tazer, and totes her hairless cat with her just about everywhere she goes—even when she’s arresting trolls. This group of characters is already one of my favorites, and I really want to share them with you. I know these books aren’t going to be for everyone, but if you like urban fantasy, I hope you’ll give them a try.

Click Here to View Guild of Secrets, Obsidian Queen Book One, on Amazon 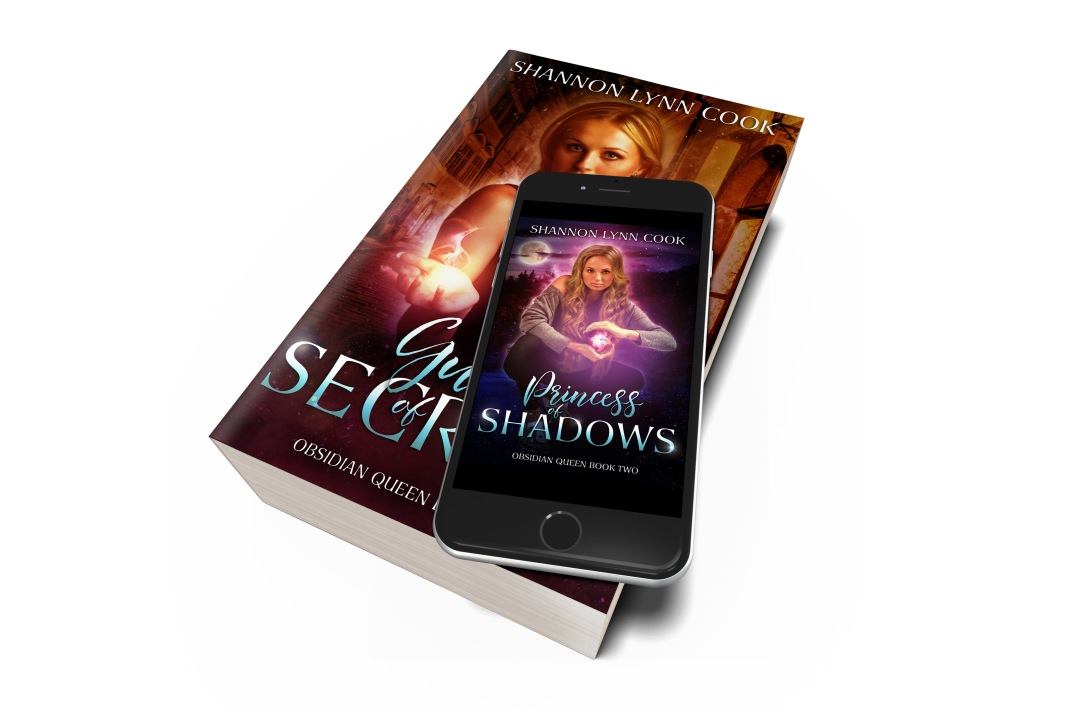 This site uses Akismet to reduce spam. Learn how your comment data is processed.

I am a participant in the Amazon Services LLC Associates Program, an affiliate advertising program designed to provide a means for me to earn fees by linking to Amazon.com and affiliated sites.